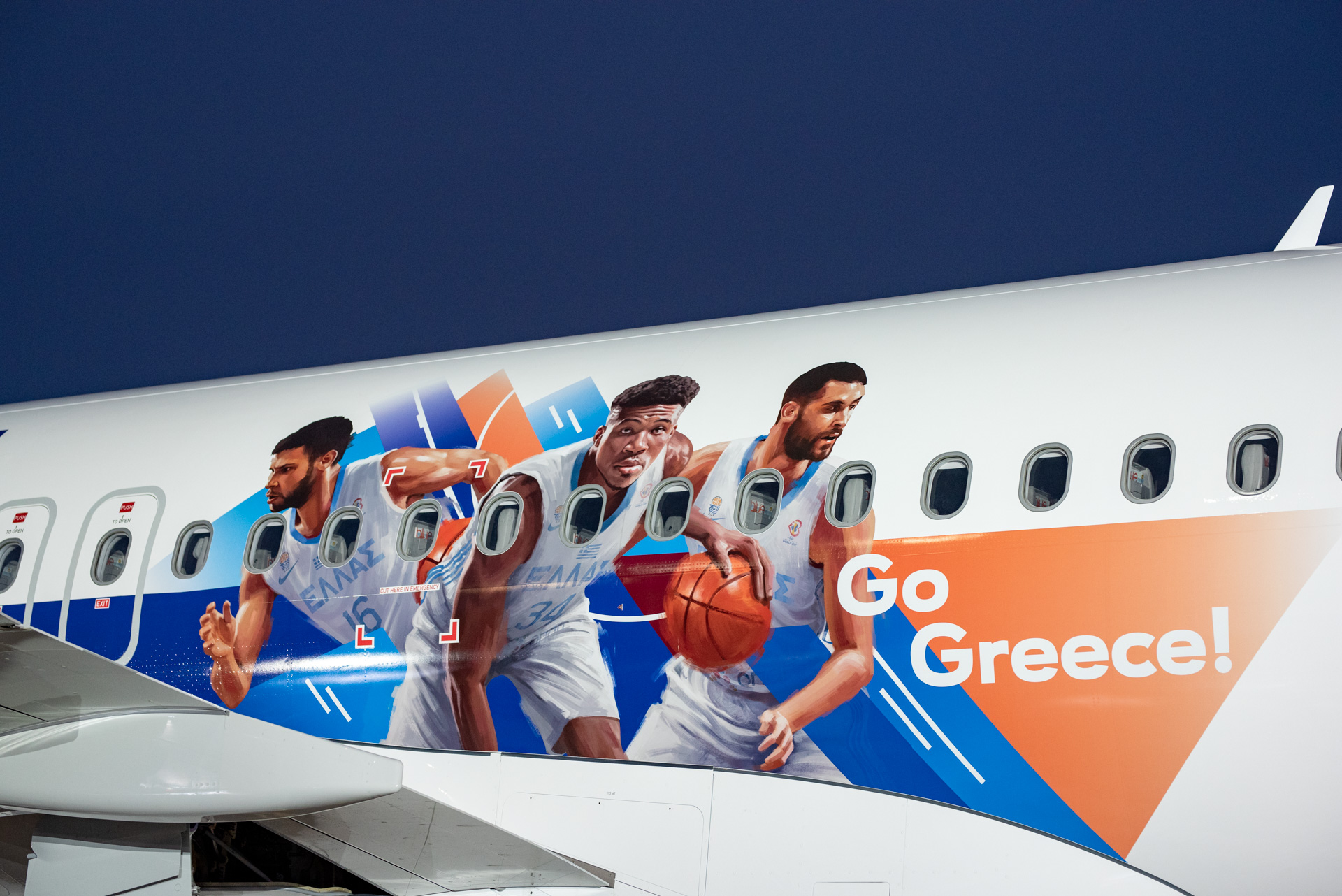 J&C Aero has recently completed a special-purpose aircraft branding project for the flag carrier of Greece Aegean Airlines that dedicated one of its brand-new Airbus Α320neo to the men’s national basketball team and their journey in Eurobasket 2022.

“Being huge fans of basketball ourselves, this was an extremely exciting project for us. Naturally, it had its challenges, particularly considering the importance of producing a flawless livery for a national airline that carries a national team to a major sports event in Europe. But everything went smoothly, both Aegean Airlines and the Hellenic Basketball Federation were pleased with the outcome, and we were happy to contribute to the promotion of Greek athletes,” commented Vitalijus Malyška, COO at J&C Aero.